​​Making the World a Smaller Place​

The 2012-13 project included the design of an adobe house by graduate student Jami Carter, and 4 student design projects to be incorporated into the house - a stove, latrine, pila (sink), and rainwater collection/filtration system.  Design work was completed by the end of 2012, and Jami Carter began construction on January 10th of 2013, five weeks before the arrival of the student group. The team spent two weeks in Honduras helping to complete the construction of the adobe home, and build the 4 student projects.

Work at a Grades 1-6 Elementary School

The 2013-14 project included the design of a rainwater collection/filtration/distribution system implemented at an elementary school. Working at a school provided the additional opportunity of spending time in the three classrooms where students were educated by our nursing student about germs, the benefits of clean water, dental hygiene, and some basic first aid. The team spent 7 days working at the school and managed to sneak in a few extra small projects including steps and concrete pad to connect the kitchen to the dining area, and the installation of a set of see-saws that were a big hit for the kids! 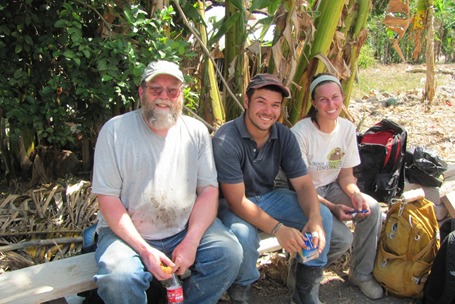 Students for Sustainability was established in 2012 under the leadership of Dr. Kris Dick, Luis Carlos Midence, and Jami Carter. The desire was to establish a program where students would acquire hands-on experience working in a third world country finding sustainable solutions to housing challenges. Luis, studying at the University of Manitoba, happened to be from Honduras and the initial connection between Kris, Luis, and Jami culminated into the decision that Honduras could be a logical country in which to start the program.  Not only Luis' first-hand knowledge of the culture and language, but the proximity of Honduras to Canada and the ease of traveling to a country reachable within a day of flying and no ill-effects of time difference to overcome.  The time in Honduras is limited by the necessity of students to attend and fulfill course requirements during the winter term.  Using the reading break in February not only reduces the number of school days the students miss, but is a practical time to build in Honduras as February is one of the dry months, so the chance of rain hindering construction progress is minimal. 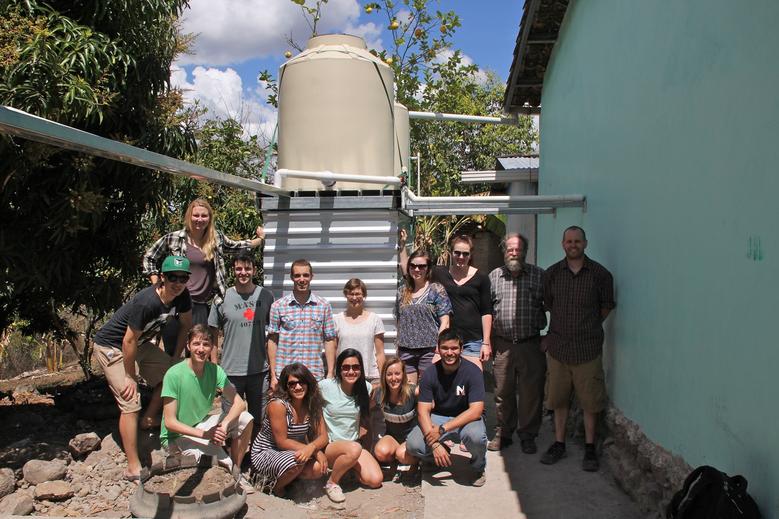 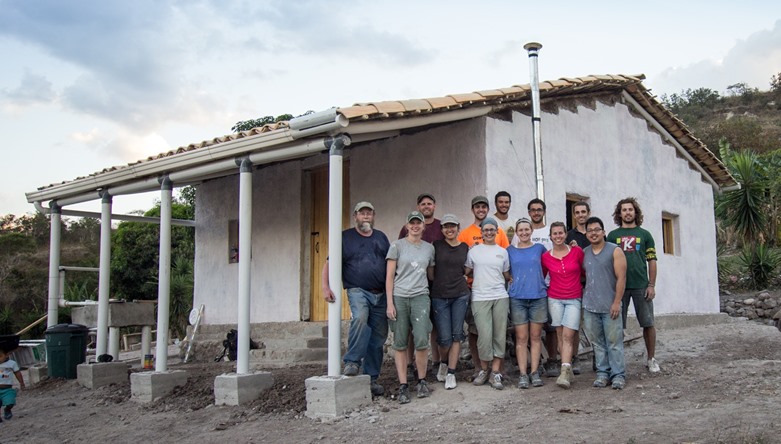 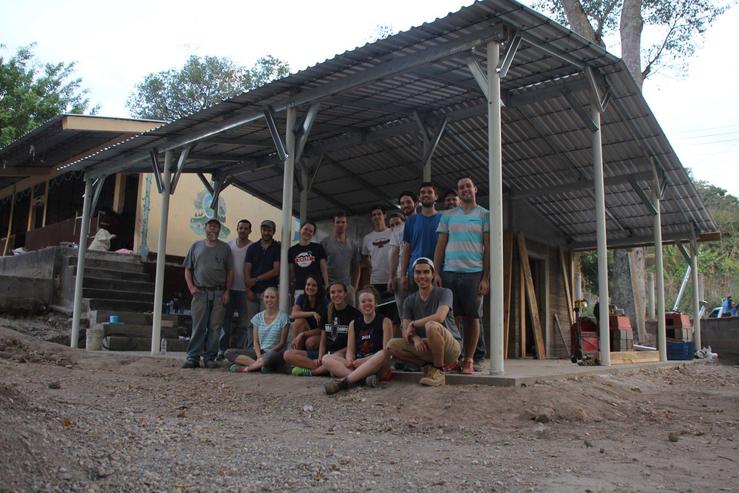 Kitchen and Dining Facility at an Elementary School

The major components of the 2014-2015 project were a water filtration/distribution system, an innovative roof design, health classes and an earth wall building. For one week, 10 engineering students of varying disciplines and 2 nursing students worked together to bring the community of Guanteque their new facility. The team learned how to mix concrete, install eavestroughs, put up screens, dig a temporary latrine, run PVC piping, build an oven, make a splint using a cereal box and so much more.

Team 2013-14In Front of the Rainwater Collection System

Team 2012-13Standing in Front of the Completed Adobe Home